April 18, 2018 - London, UK - LONDON, UK. Kashmiri and Sikh demonstrators set fire to the Indian flag in Parliament Square in protest against the regime of Indian Prime Minister Narendra Modi. Sikhs, Kashmiri muslims and other groups all had their own message against PM Modi who is visiting London to take part in the Commonwealth Heads of Government 2018 summit. Parliament Square has been decorated with flags of countries of the Commonwealth. (Credit Image: © Stephen Chung/London News Pictures via ZUMA Wire) 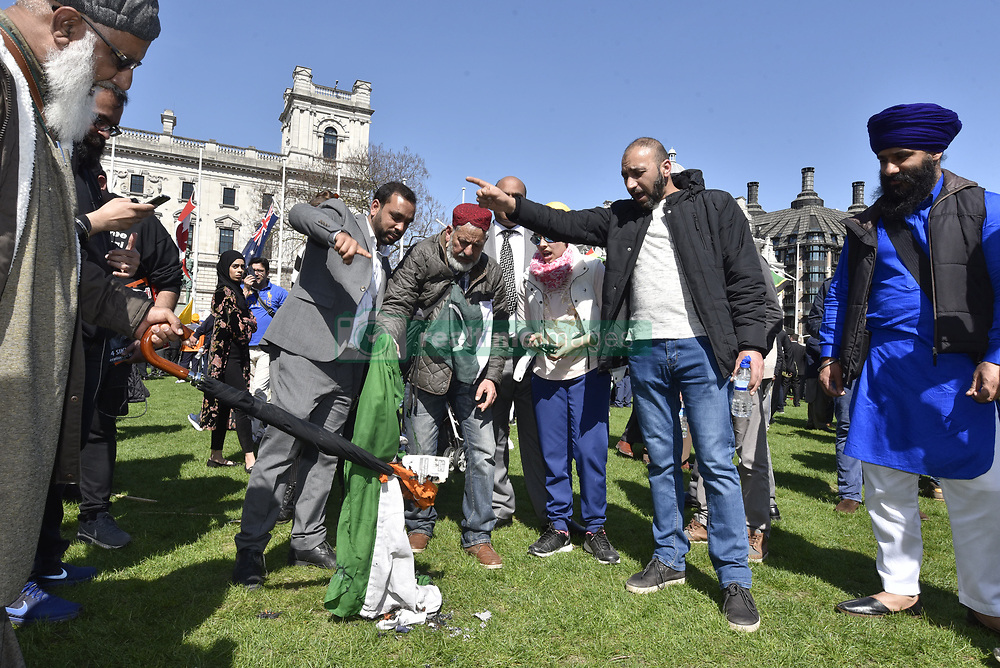