April 18, 2018 - Srinagar, Jammu and Kashmir, India - Kashmiri law students hold placards during protest against the rape and murder of an 8-year-old girl, in Srinagar, Indian Administerd Kashmir on 18 April 2018. The Minor girl was found murdered after a week of her kidnapping, police later arrested 6 people in connection with the Rape and murder. While as some of the Indian hindu radical groups and Lawyers claim that the accused are not guilty and are trying to stop the investigations by giving a communal angle to the incident. (Credit Image: © Muzamil Mattoo/Pacific Press via ZUMA Wire) 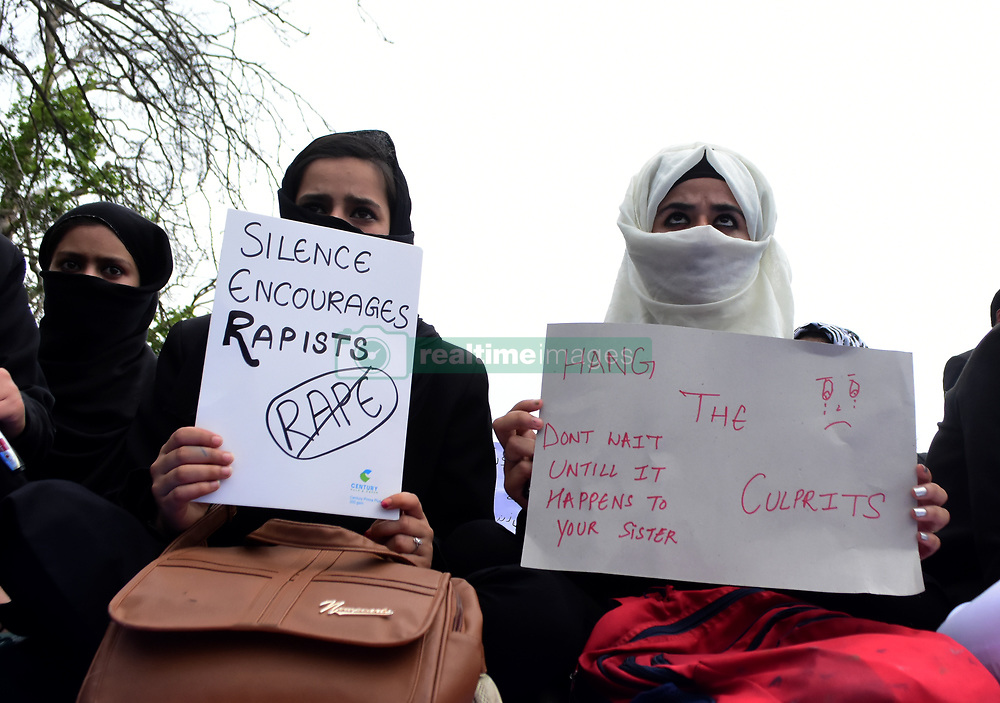