October 13, 2017 - Bangkok, Thailand - A Buddhist monk walks past a portrait of Bhumibol Adulyadej, the Late King of Thailand, during a mass merit making with 199 monks from 14 different temples at Siriraj Hospital in Bangkok on the one year anniversary of the King's death. The revered King died on October 13, 2016 after a prolonged hospitalization. He has lain in state for the last year. The King's four day funeral ceremony will be October 25 - 29, and he will be cremated on October 26. (Credit Image: © Sean Edison via ZUMA Wire) 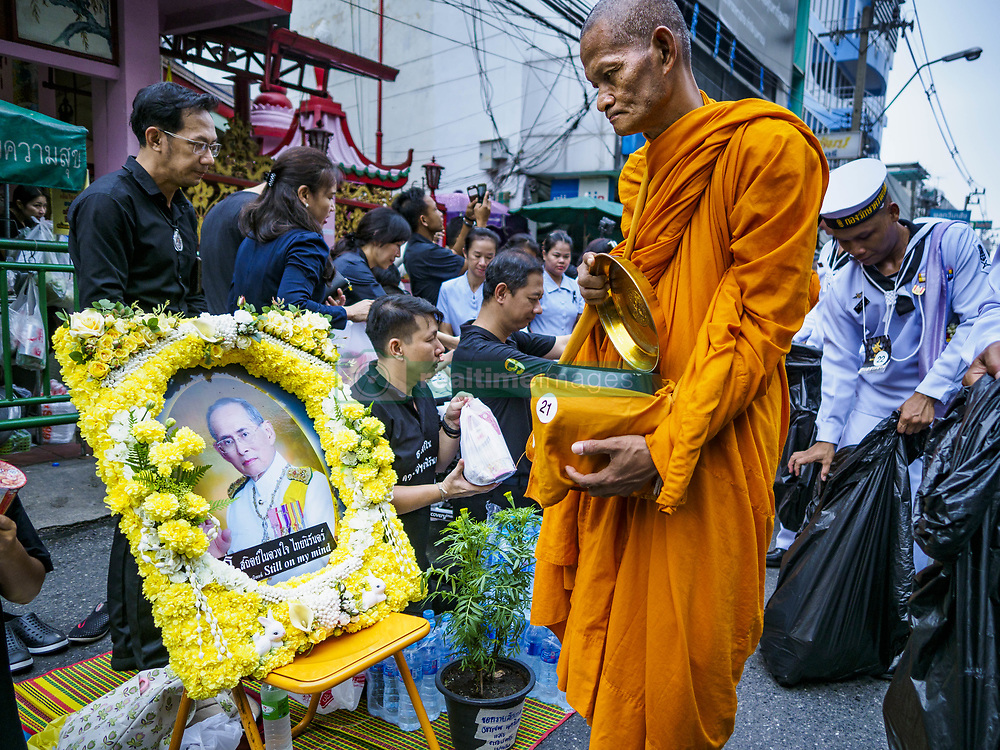