October 13, 2017 - Bangkok, Bangkok, Thailand - A man carries a portrait of Bhumibol Adulyadej, the King of Thailand, into a mass merit making with 199 Buddhist monks from 14 different temples at Siriraj Hospital in Bangkok. The revered king died on October 13, 2016 after a prolonged hospitalization. He has lain in state for the last year. The King's four day funeral ceremony will be October 25 - 29, and he will be cremated on October 26. (Credit Image: © Sean Edison via ZUMA Wire) 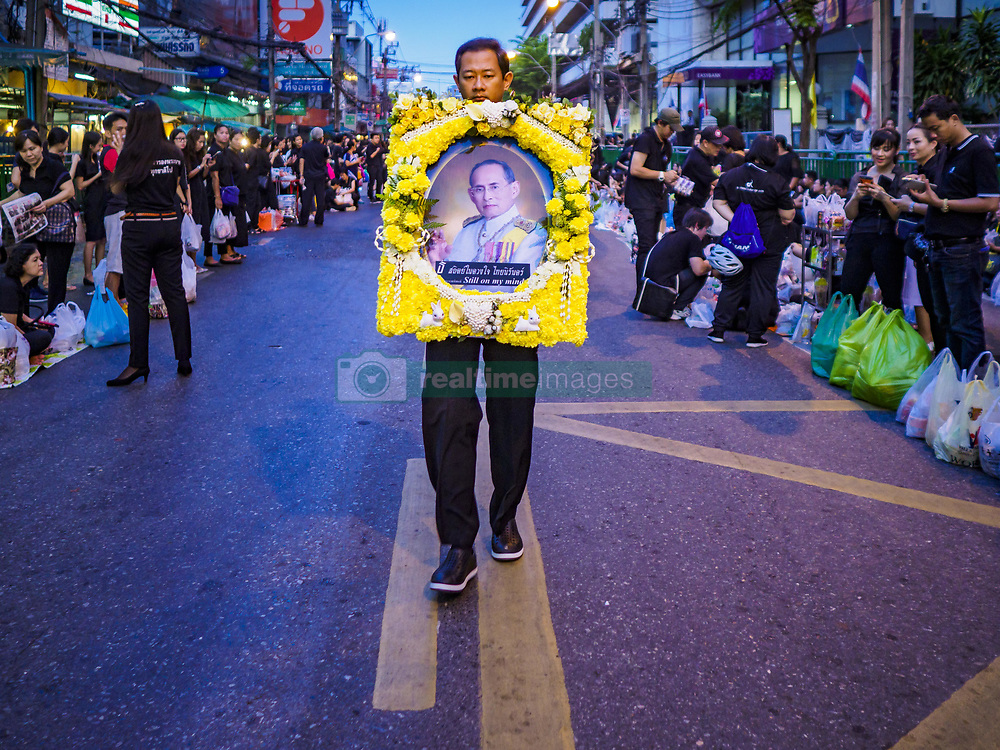