November 11, 2018 - Warsaw, Poland - Crowds are seen in the center of Warsaw on November 11, 2018 ahead of the traditional Independence Day March. This year marks the centennial of the Polish Republic however celebrations in previous years have been tainted by the presence of right-wing groups carrying banners with racist and xenophobic slogans. This year the government has organised its own march, the Dla Ciebie Polsko, For You Poland march. Right-wing organisations will be blocked by authorities in their attempt to follow the traditional route through the city sparking fears of violence. (Credit Image: © Jaap Arriens/NurPhoto via ZUMA Press) 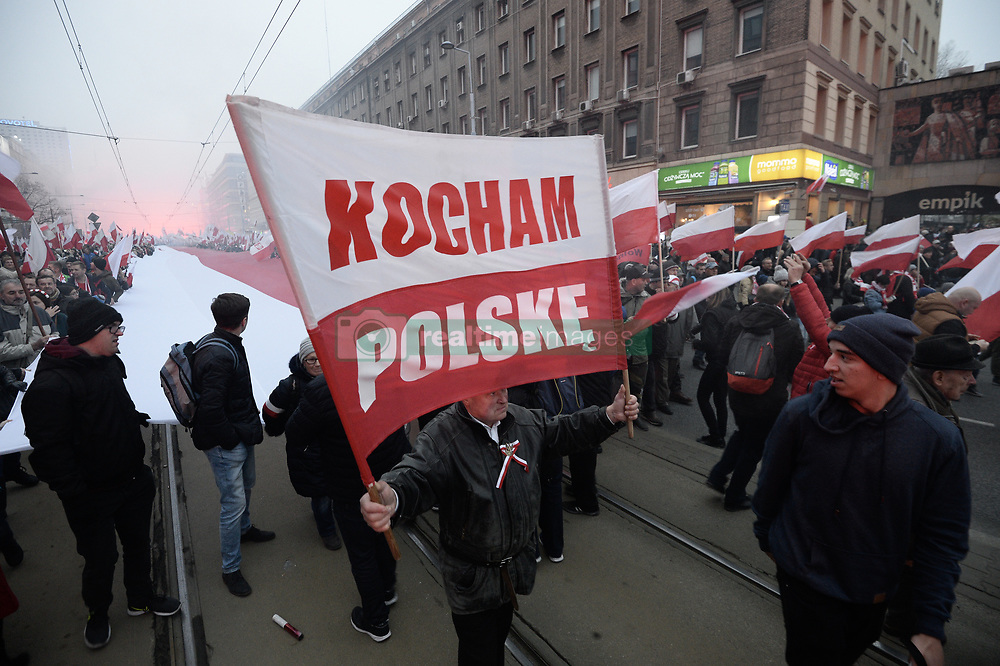