April 8, 2017 - A monument in the city centre to the Korean War / REVEALING IMAGES from the autocratic state of North Korea have helped shed light on the secretive regimeâ€™s attitude towards America, as tensions continue to rise between Washington and Pyongyang. Taken by entrepreneur and investor Roger Gomez on a recent trip to the country, images show guides giving tours of museums which feature destroyed American tanks and planes from the Korean War. Other pictures show statues and monuments dedicated to the â€˜military mightâ€™ of North Korea, despite the fact that its reckless spending on the military has left many of its people starving / Roger Gomez / mediadrumworld.com (Credit Image: © Roger Gomez/mediadrumworld.com via ZUMA Press) 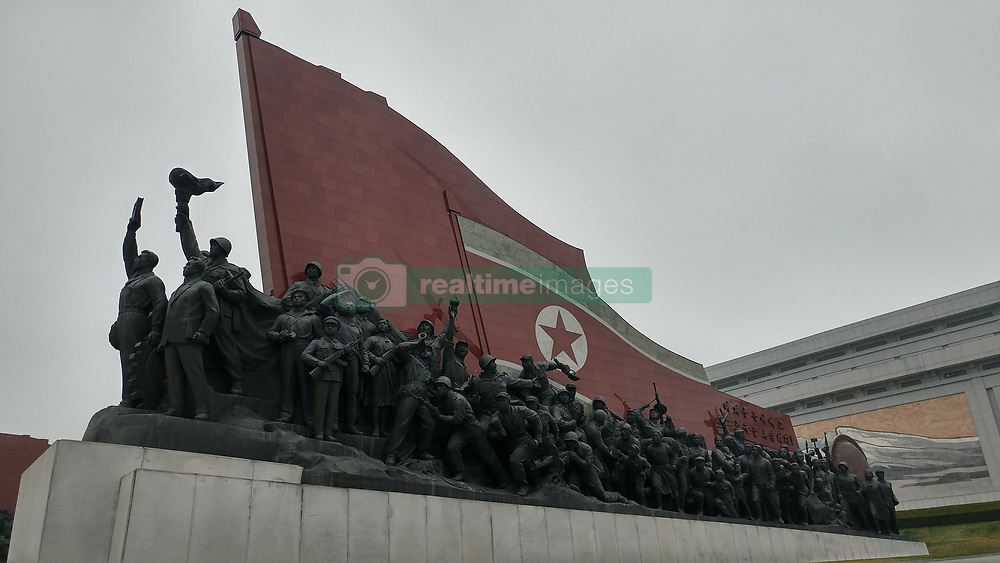